While updating Delayed Job’s YAML parser compatibility last week, Steve and I came across a Ruby method that neither of us had seen before, Class.allocate. Given that we were in the trenches of serializing and deserializing objects, this method caught our attention.

So, what’s it do? It allocates space for a new object of the class, but doesn’t call the initialize method on that new instance. Whoa… wait, what? You can create an object that skips the initialization of that object? Yes… but don’t think you’re going to go off and start using allocate willy nilly. In my eyes, it’s main use is in serialization, where you may want to split the allocation and initialization of the object in two steps.

Nonetheless, here’s a quick example showing the difference between new and allocate.

As you can see in the second group of results, when calling Person.allocate we’re given back a new instance of Person but without the initialized attributes. What’s interesting, though, is under the hood Ruby’s Class.new first calls allocate, then initialize.

What are some other lesser known ways of creating or initializing objects? 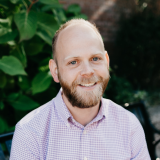